Since art therapy is a visual and sensory modality, it can help clients access traumatic material stored in implicit memory, a sensory, body-based form of memory that is not the same as conscious, narrative memory (what we usually think of as “memory”). Sound- and body-based approaches can also be used to access material in implicit memory, but are also more likely to overwhelm clients. Art-making provides a certain amount of distance and control, and thus provides a sense of containment for clients (Johnson, 1987; Lev-Weisel, 1998).

Art expression can help clients who suffer from alexithymia, a trauma-related condition that involves an inability to express feelings in words; and can create a safe “transitional space” that can encourage clients to disclose traumatic memories (Johnson, 1987).

Art-making can be a safe way for clients with Dissociative Identity Disorder to “tell” their memories, bypassing the usual switching of alter personalities that may happen when they attempt to report their memories verbally (Frye, 1990).

Neurological researchers are speculating that a possible cause for PTSD may be the exclusion of traumatic memories from explicit memory storage, and that art may provide a bridge between implicit and explicit memory (Malchiodi, 2003).

A research study found art therapy useful in uncovering unconscious material, generating a finished product that can provide further therapeutic material to work with, and providing a non-verbal way for clients to “speak” about the abuse (Meekums, 1999).

Art therapy can provide mirroring, psychological distance, and containment for clients who are working on mastering developmental stages (Robbins, 2001).

Recent brain research in attachment theory links problems with affective regulation with disturbed attachments with caregivers in early childhood; as well as linking affective regulation tasks with the right brain, which is organized non-verbally. This points to a special role for non-verbal treatment modalities such as art therapy (Malchiodi, 2003).

Reconnecting with Others Through Sharing One’s Artistic Expressions with Others:

Creative arts expression is a superior way to communicate the devastating effects of trauma and abuse, since it can trigger feelings of empathy in an audience, whereas straightforward reporting in words can hide as much as it reveals, since much of the horror of victimization is “beyond words” (Laub & Podell, 1995).

Public display or performance of creative arts products can help reconnect survivors to society, as well as providing a sense of empowerment (Johnson, 1987).

Other Benefits Found in Research Studies and Case Reports:

Provided a visual means of ongoing assessment of therapeutic progress

Provided an effective way to work on control issues (Levens, 1994).

“I let it go. It’s like swimming against the current. It exhausts you. After a while, whoever you are, you just have to let go, and the river brings you home.”
― Joanne Harris 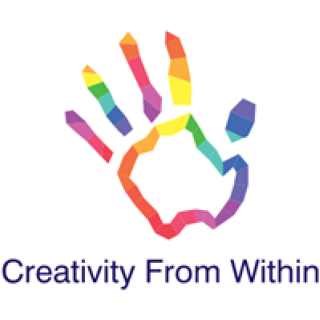 Creativity From Within Blog

< Previous Next >
+ Add your own event Eventbrite